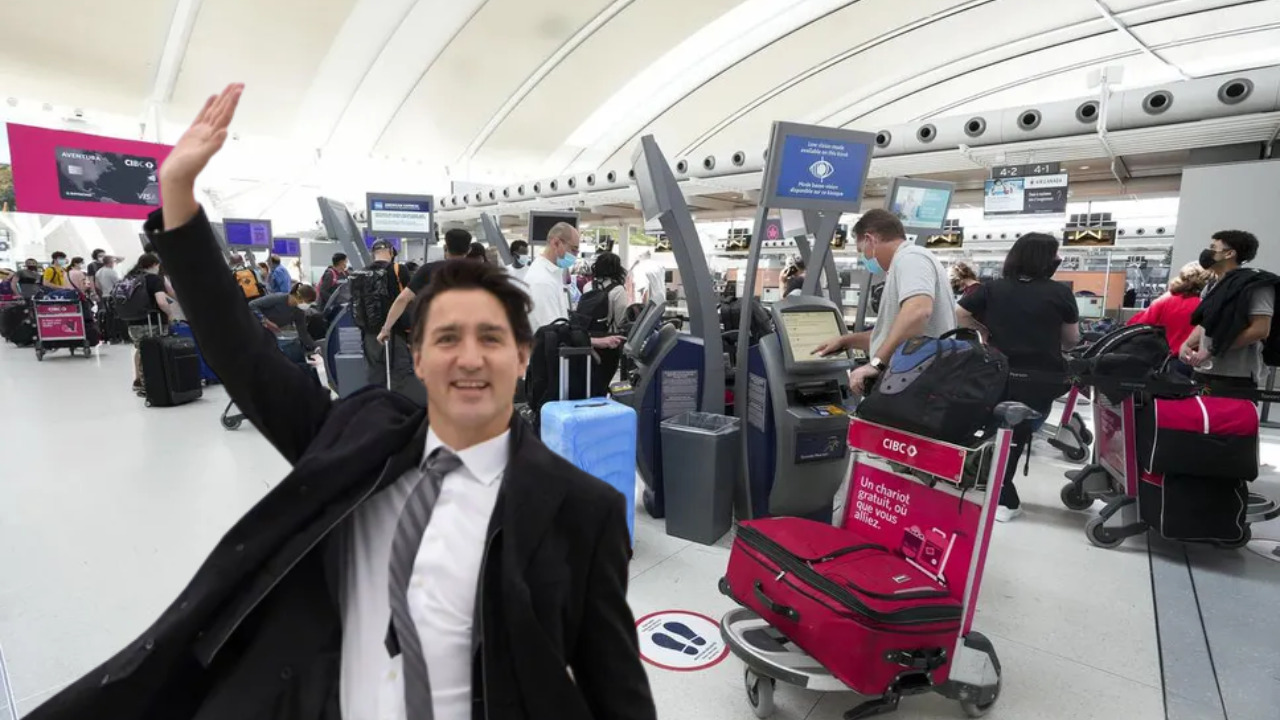 Trudeau has two sets of rules. One for himself and one for the rest of Canada. It seems difficult for Canadians to take their Prime Minister seriously. Let us tell you how.

Canada has been reeling from travel restrictions even after the pandemic era. For about two years, people around the world have been subjected to the cruel restrictions imposed following the sudden rise of the Chinese virus. So now it’s a matter of relief for people to be able to break out of those shackles of restrictions to feel the world again by traveling and enjoying needed vacations.

But, now, the main question is: are Canadians subject to this relief? Surely not. Only the Prime Minister can take advantage of the necessary vacation. Because, as we said, the Prime Minister of Canada does not fall under the set of rules he has for his own country.

Despite the travel restrictions imposed in the country, the Canadian Prime Minister and his family are on a two-week trip to Costa Rica. According to the Prime Minister’s Office, the family is returning to the same place they stayed during the Christmas holidays in 2019.

But wait, Canada has some travel restrictions. Is not it ? Well, when it comes to Canada, Mr. Trudeau is just an exception.

However, after the pandemic, the whole world started to unlock and ease the restrictions, but when it comes to Canada, the scenario remains completely different.

Nobody here can jump on a plane to go on vacation since the airline industry is in chaos. In North America as in Europe, thousands of flights have been canceled and hundreds of thousands of passengers have had their journeys interrupted. Canada is such a big country that it only comes second to a bigger Russia. This shows how important it is for people to be able to travel to other provinces when necessary.

As crazy as it sounds, Air Canada has announced that it will eliminate more than 150 daily flights for July and August. “Unfortunately, things are not business as usual in our industry globally, and this is affecting our operations,” Air Canada President Michael Rousseau said in an email to customers during the meeting. announces flight reductions.

But what happened to such a crisis in the aeronautical industry?

The Liberal government of Canada’s stance on COVID has raised many eyebrows for its folly. Prime Minister Justin Trudeau has taken a strong stance against easing restrictions even after two years since the Chinese virus hit cities. Unfortunately, Mexico, a country that lags behind in terms of financial stability, has managed a dramatic return to restrictions, but not its North American peers in Canada.

Of course, Mr. Trudeau has his own reasons for preventing people in Canada from traveling. Well, not only that, but his highly stressed green goals also enter into the plot.

Canadians could now be walking around with a chip on their shoulder if they find out about the Prime Minister’s hypocrisy. He’s a climatic hypocrite and he never really gives us the opportunity to think otherwise.

The Prime Minister has always drawn all the attention by insisting on the need to reduce carbon emissions. This is all perfectly normal, but what isn’t is his hypocrisy. Justin Trudeau crosses the world via his private jet which represents a considerable amount of carbon emissions.

Even in April, when the PM traveled from Montreal to Vancouver for his ski trip, he has a carbon footprint of around 2.07 tonnes, according to carbonfootprint.com’s calculator.

Read more: Trudeau caught in the hot tub as his biggest excuse against pipeline projects backfires

When he was done skiing and après-ski, he took a flight to Ottawa, which added another two tonnes of carbon to his already huge carbon footprint.

Due to poor preparation, his ski excursion resulted in the emission of an additional 4.18 tons of CO2 into the atmosphere on top of the 4.18 tons of his official trip. Given that the average annual Canadian emissions are 14 tons, according to Our World in Data, his entire trip produced more than eight tons of CO2.

Now, that’s just a ballpark figure. The actual number of emissions is much higher.

“We know we have to reduce emissions,” Trudeau said during his trip to Vancouver. Hilariously, does the liberal poster boy even trust his own words?

Well, you keep finding the answer to that question, until then Justin Trudeau will relish his vacation time in Costa Rica.