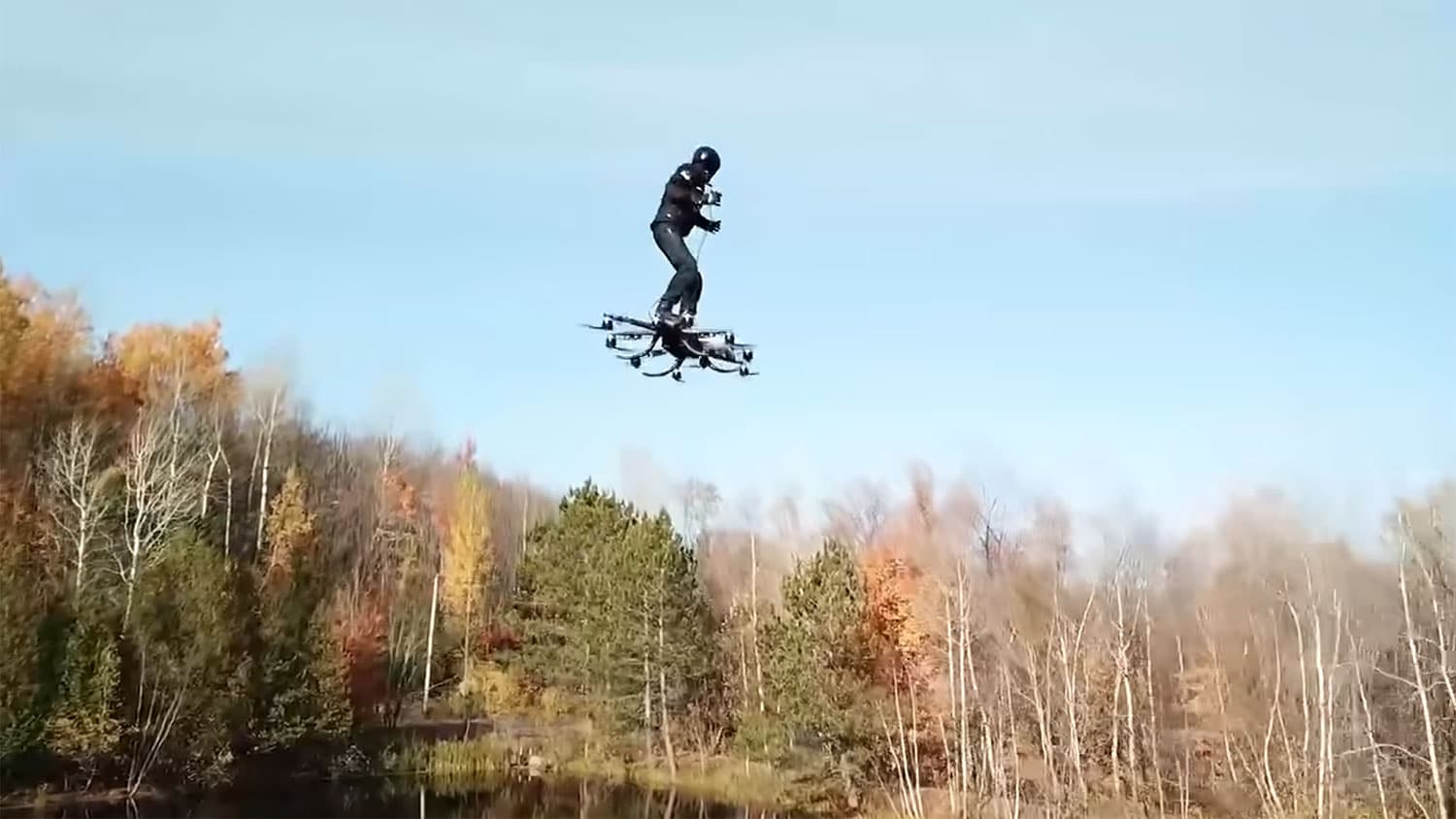 In 2015, Montrealer Alexandru Duru introduced the world to his electric Omni Hoverboard and even garnered media attention, receiving an entry in the Guinness Book of Records for flying over 275.9 meters above the lake at a height of 5 meters. Since then, a Canadian inventor of Romanian origin has been working on a commercial version of his flying machine and has already received patents for it.

The Omni Hoverboard consists of a frame with eight hanging rotors, a pair of snowboard boots, and a simple hand throttle made from modified grippers. Unlike other devices like the FlyBoard Air or, like some jetpacks, the Omni Hoverboard has virtually no complex technology. This thing isn’t even as complex as a DJI drone. The hoverboard does not have a real flight controller, automatic stabilization system, gyroscope or accelerometer. The maneuver is performed using body movements, such as on a skate or a snowboard.

The hoverboard uses an Arduino electronic platform to track throttle inputs and communicate with the machine’s electronic speed controllers (ESCs). “It’s the simplest thing you can imagine“Duru said of his hoverboard in the interview with DroneDJ.”Really. It is your body that makes the balance. Our brain can learn so much, and it learns this as another skill. It’s not even that hard.“

With eight motors, the hoverboard is well balanced, much better than its competitor, the Flyboard Air by Frank Zapata. In addition, Duru’s electric flying machine is much quieter and more reliable.

Duru also talks about his goal of eventually releasing a commercial version of his hoverboard in the roughly 30-minute interview – the Omni Hoverboards website says, “stay tuned for our customer version.”

He did not give details on the price or when it will arrive. But he said his company’s hoverboard “will turn into a usable product for real. Not only do you look at these guys with jetpacks and think it’s awesome, but it’s crazy. I really think that here we have something that is not too crazy.“

The commercial version of the flying hoverboard will likely include more standard parts and additional components that allow for better control and, most importantly, greater safety when in use. Duru says the target market may just be trained pilots and people with aviation experience to begin with. “It’s very easy to get mad and start to think yeah, I’m gonna take this stuff and go to the grocery store on it! But yes, the FAA will come back to you. So there are a lot of short-term issues. But I think these are things that we can tackle one way or another. “