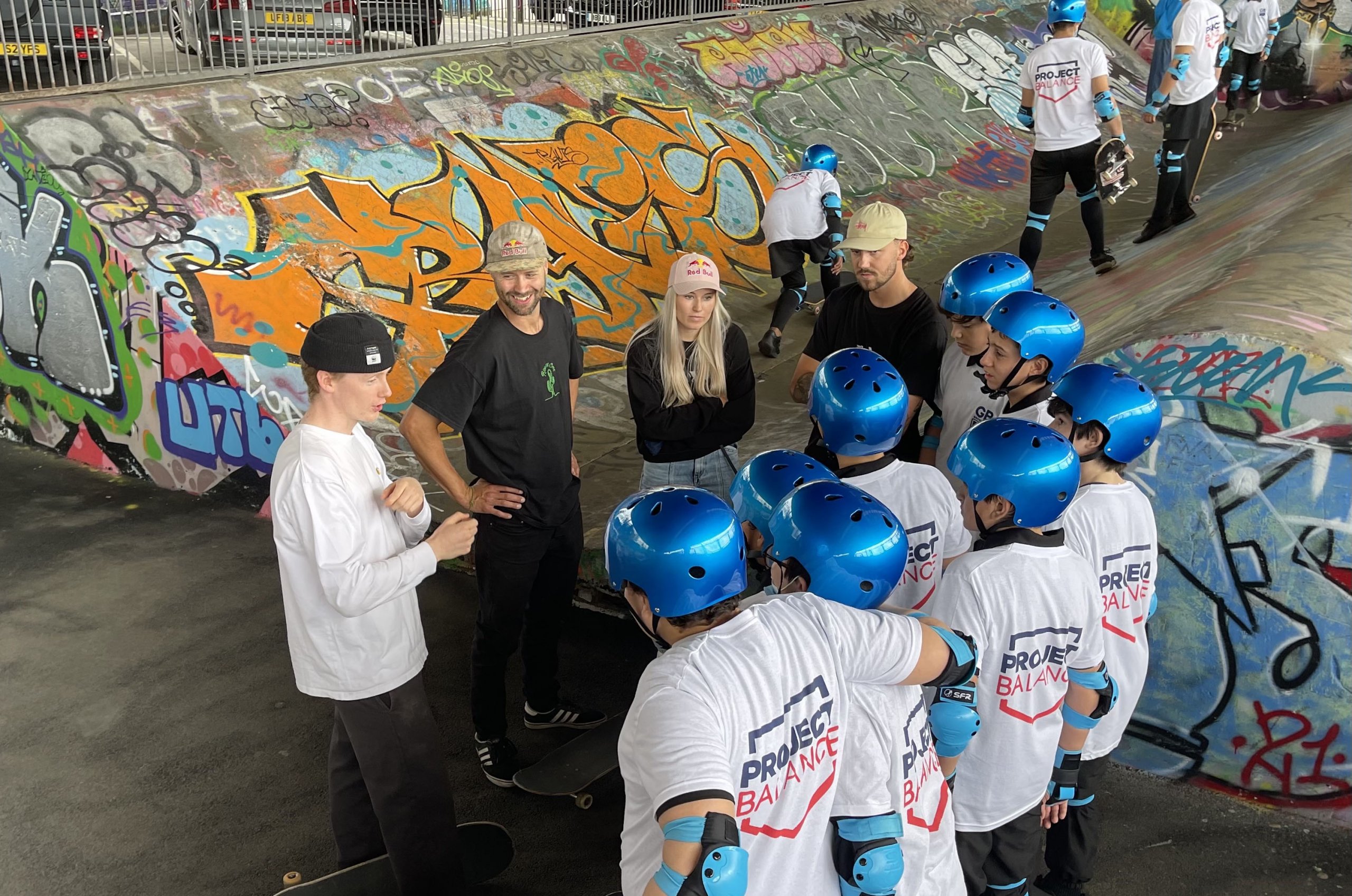 An initiative that allows schoolchildren in disadvantaged neighborhoods to get acquainted with skateboarding first and then to try their skills on another type of board, on indoor snow, today received guest stars of snowboarding.

Project Balance, launched in May, was conceived as a way to create new connections between urban youth and the UK winter sports scene in the year leading up to the 2022 Olympic and Paralympic Winter Games to Beijing.

Participants are offered tailor-made skateboarding lessons that build on the links between skateboarding and snowboarding. The project also aims to provide young people with an introduction to transferable skills that can be implemented in education and in their lives at large.

Their visit was also an opportunity to show their support for the Westminster Academy Grades 7 and 9 students who have learned basic skateboarding skills over the past six weeks as part of a project designed and launched by GB Snowsport, the national governing body for elite UK snow sports.

Speaking at the session, Katie Ormerod said: “I am really happy that our sport is finding a way to give young people new skills and new experiences after last year; it’s a big year for UK winter sports but even as we focus on the new season it’s so important that we don’t lose sight of the positive impact we can have on people’s lives here at home.

As well as sharing their own tips and advice with the young people involved, the athletes also spoke about Britain’s hopes ahead of the 2021/22 winter season and the sport’s responsibility to support young people across the country as the country continues. its recovery from the impacts of the covid-19 pandemic.

Students will end the project with a visit to the Snow Center in Hemel Hempstead, where they will have the opportunity to practice their new skills on the snow alongside members of the country’s elite freestyle snowboarding teams.