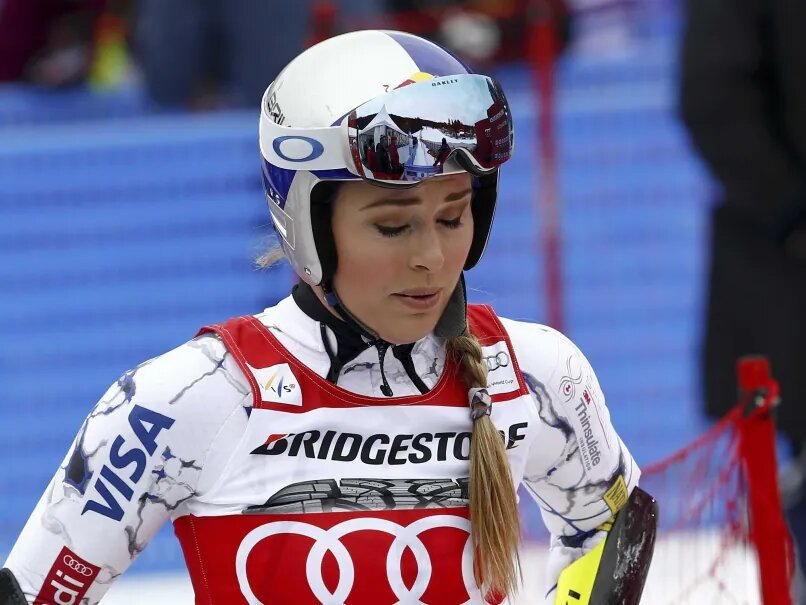 Lindsey Vonn is the most decorated skier of all time. She has three Olympic medals to her credit, including one gold and two bronze. The four-time Olympian has been in the limelight for her athletic ability and connections. Although the most notable relationship was with golf legend, Tiger Woods. They dated for almost three years, from May 2013 to March 2015.

Earlier this year, she opened up about her relationships and the struggles she faced while being in one. She opened up in an interview by talking about her memoir titled “RISE- My Story.”

Being a Focused Athlete While Being in a Relationship Is Tough, Says Lindsey Vonn

Lindsey Vonn told in an interview about the difficulties she faced in relationships. Vonne said, “Being an athlete and focusing 100% on my skiing, being in a relationship was difficult because I didn’t really feel like fighting or arguing.” She further added, “So I just compromised and was like, ‘I travel to them and I do what they want to do too, and I eat whatever dinner they want to have. I wanted to please and I just sacrificed myself.

Also, she is now in a better place and wants to continue like this. The main lesson from her past is that she learned from her mistakes and evolved over the years. Although when asked about starting a family, Vonn replied: “I’m 37 so I’m really looking forward to having a family at some point, but you kind of need to have a partner for that.”

Vonn is friends with Tiger Woods

Lindsey Vonn and Tiger Woods had been a couple for nearly three years. While talking about Woods, she said, she is still friends with Tiger Woods. After a car accident, Tiger was not feeling well and when asked about it, Vonn replied: “We are friends and, of course, I am happy that he is back and healthy,” she says of their relationship and Woods’ recent car accident and recovery. “And, you know, it was a tough time for him. So I’m just happy that he’s back with his kids.

It’s good to know that two legends are still friends. She further said, “I haven’t really talked about it more because I don’t think it’s worth the pages.”

Lindsey Vonn has had many ups and downs in her career as well as in her relationships. But she always came out of her difficulties like a fighter and showed that she was a champion. She retired in 2019 due to multiple injuries during her career.

Watch this story: Lindsey Vonn Simone Biles Chloe Kim and other Olympians whose dogs are followed by Instagram

After her retirement, she published her memoir “RISE- My Story”. The book received rave reviews. It tells the story of a girl who started from a small town in Minnesota and performed wonders in the biggest stages.