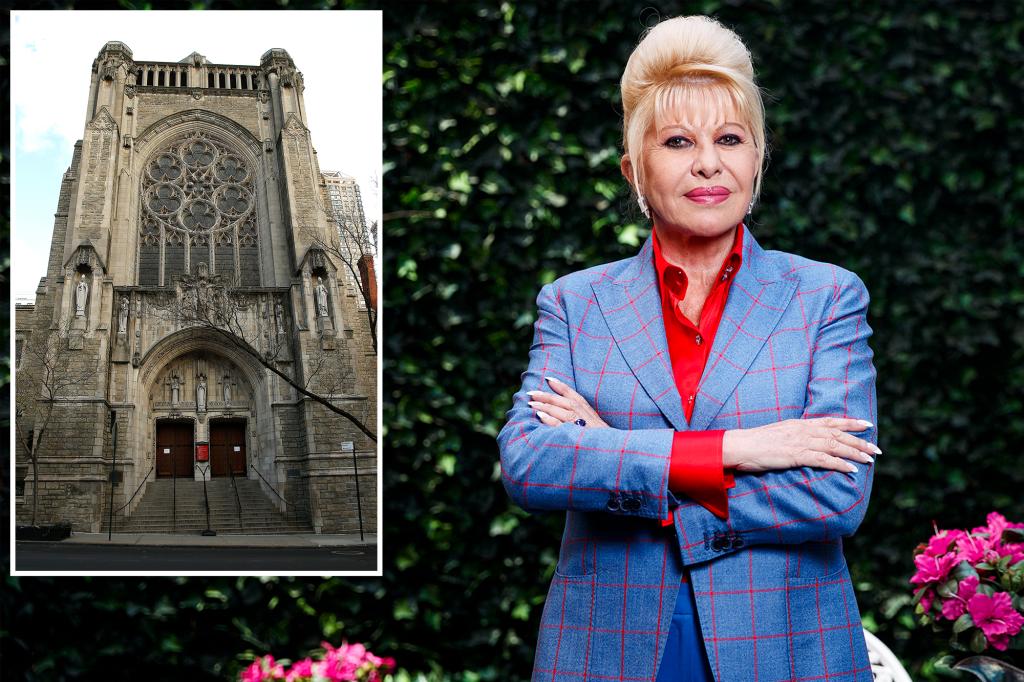 Ivana Trump’s funeral will be held Wednesday at a historic Catholic church in the Upper East Side neighborhood where she lived.

Ivana died Thursday at age 73 when she accidentally fell down the stairs of her Manhattan home. Pals said she suffered from hip problems and struggled to walk in the months and weeks leading up to her death.

She suffered “blunt force injuries” to her torso in the fatal fall, the New York City Medical Examiner’s Office said.

Sources said mourners would travel from Europe for the businesswoman’s funeral.

The service – due to start at 1.30pm – was announced in a ‘Celebration of Life’ invitation obtained by The Post and featuring a stunning young Ivana dressed in glam. She was once a competitive skier.

“Instead of flowers. It is requested that donations go to the rescue of large dogs, ”said a source.

Ivana’s funeral was first reported by Showbiz411 on Saturday night.