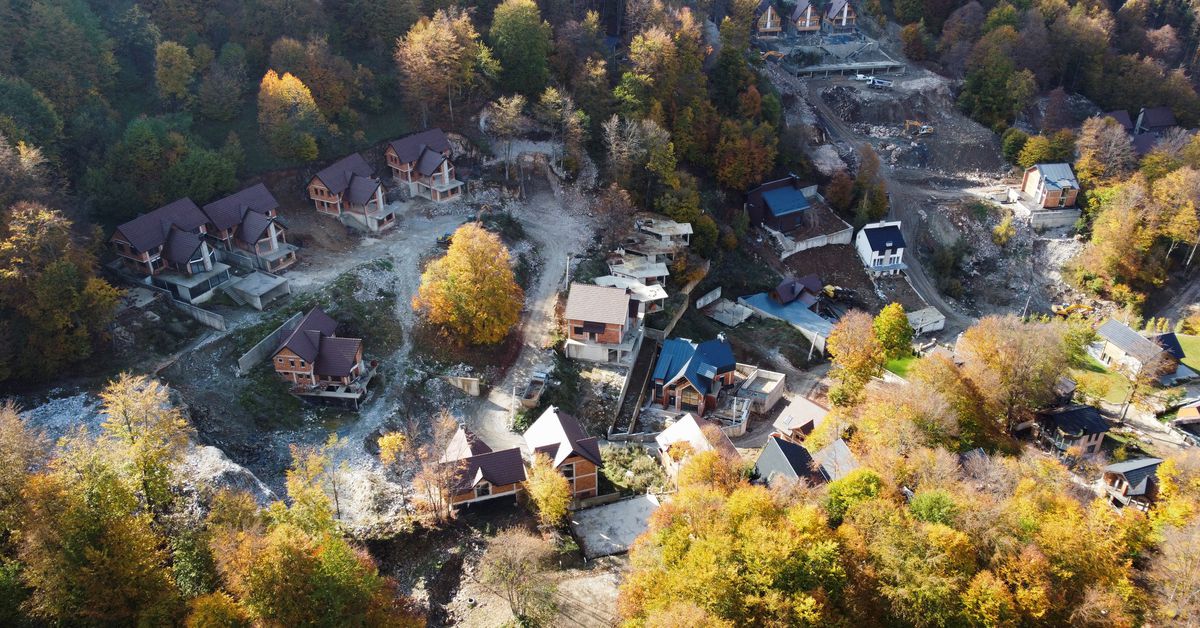 It is the biggest police operation since Prime Minister Albin Kurti came to power last year, promising to tackle crime and corruption, often cited as the main obstacles to foreign investment in Kosovo.

Tall trees have been cut down to make way for the two- and three-storey villas in Sharr National Park, with huge windows overlooking the valley as the first snow begins to fall. Police tape has been placed around the buildings with signs indicating that they have been temporarily seized.

The park is home to Kosovo’s only ski resort, Brezovica, with 39,000 hectares of high mountain terrain and forest and offers an average of 128 skiing days per year.

Prosecution documents, seen by Reuters, show that nine people had admitted giving city authorities at least two million euros, in total, to obtain building permits. So far, about 70 villas have been seized and 30 people, civil servants and businessmen, detained. Prosecutors said they were investigating another 70 suspects and more villas are expected to be confiscated.

Many Kosovo Serbs, who make up around 5% of the majority Albanian population, refuse to recognize the country’s declaration of independence in 2008 and ethnic tensions are high.

The municipality of Strpce, which controls Brezovica, is run by Serbs.

“Some Albanian businessmen offered and paid money and other benefits to high officials of the municipality to build villas in the resort area in an area where construction is not allowed,” said lawyer Elmaz Zenuni, representing a low-key official who he said never received any money.

Contacted by Reuters, some villa owners declined to comment. The prosecution said many of the names registered on the properties were not real.