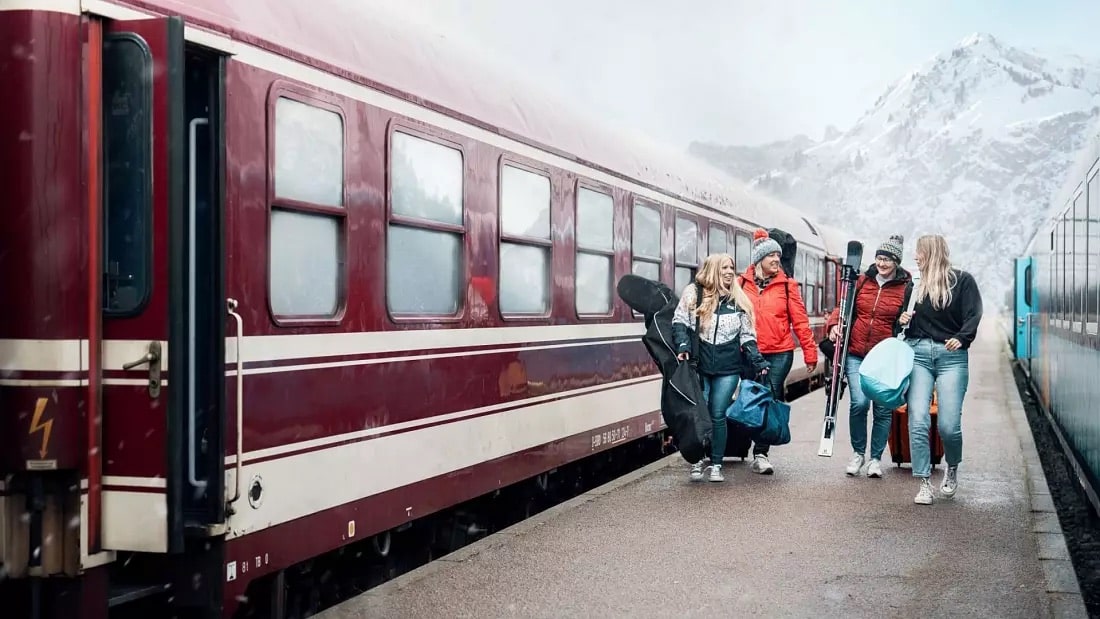 An exciting new way to access the slopes from the Netherlands will be launched this winter. TUI ‘Ski Express’ will depart from Amsterdam every weekend this ski season, dropping winter sports enthusiasts off at some of Austria’s biggest ski resorts. The new overnight train will take passengers from the Dutch capital directly to the gateway to the Eastern European Alps, a favorite destination for Dutch skiers and snowboarders.

Now you can board on a Friday evening and arrive ready to ski the next day in your favorite winter sports destinations. The train will depart from Amsterdam at 5.30pm every Friday evening between December 23 and March 31 and will stop in Utrecht, central Holland, before continuing directly to Austria. The new ecological route enters Austria at Wörgl, a small border town south of Munich, where it continues to Tyrol or Salzburg. The train will then make stops at many popular seaside resorts along the way, including Gerlos, Kirchberg, Niederau, Soll, Zell Am See and Westendorf.

TUI partners with GreenCityTrip to offer the service, a Dutch startup that offers train travel throughout Europe. Premium sleeping cars will be offered and luggage is included in the ticket price. However, the Ski Express train can only be booked as part of a 10-day TUI ski holiday package. Prices start at around $460 per person, depending on final destination, and the majority of 10-day travel packages include train tickets, a six-day ski pass, and seven nights in a hotel.

Traveling by train is still a more sustainable option than flying and TUI and GreenCityTrip are confident in the new initiative. They have already teamed up in the past to offer trains from the Netherlands to Copenhagen, Florence, Milan, Prague, Venice and Vienna. They hope the new route will be a hit with various European markets, including the UK, offering passengers the opportunity to wake up to stunning views of Austria as they head towards the scenic Alps. Reps from GreenCity Trip had this to say in a recent press release;

“After the start of a successful collaboration at the beginning of the summer, we are very pleased to launch winter sports by night train with TUI on the market. We are convinced that there is a lot of interest, a great partner like TUI means that together we make it accessible to many winter sports enthusiasts.