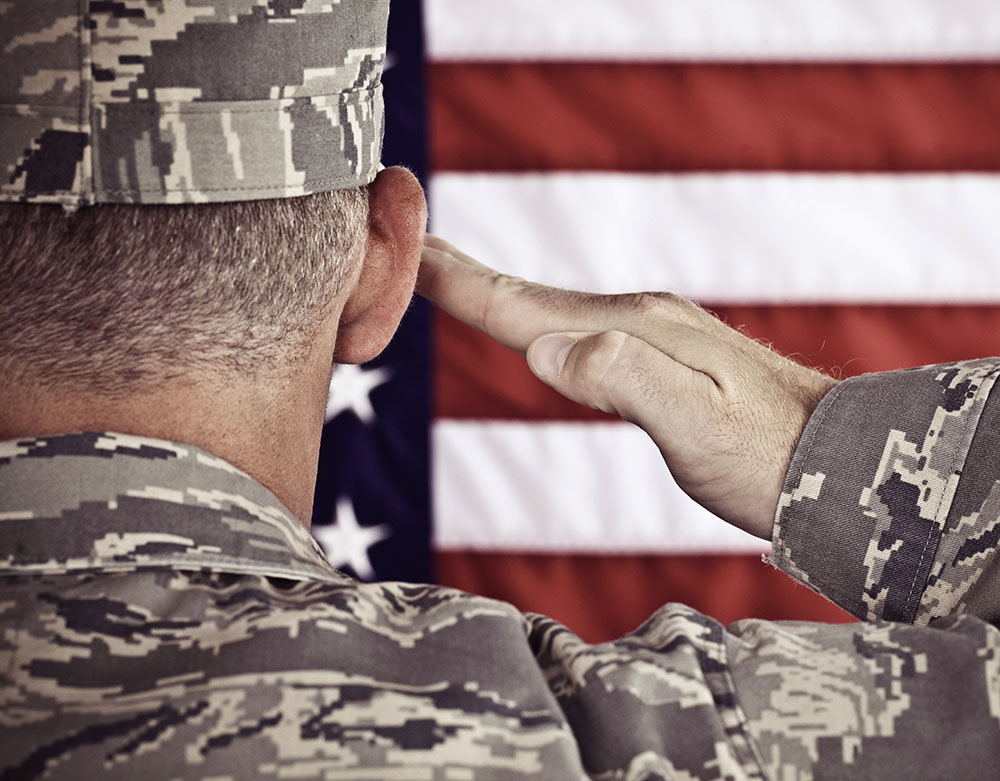 HISTORY AND PHOTOS OF SHERI TRUSTY

Ottawa County communities are home to a wide range of veterans, and each has their own story of service to our country. Here are some of the stories and their unique experiences.

When Chuck Beaver volunteered to join the Army in the midst of the Vietnam War, he had no idea he was heading to Germany instead to save a life. He spent his first year as an MP, but when his company was disbanded he was transferred to a combat engineer battalion. There his duties included building bridges.

“One night we were building a bridge in January. It was cold and there was ice on the banks. I was putting in bolts and assembling the deck when five guys came through in a 10ft boat,” Beaver said. “There was a two-foot dam and the boat sank. One of the guys couldn’t swim, so he clung to the boat and got caught on a piling. I jumped into the cold water and pulled him out. It was an experience.

During his four years at Ramstein Air Base in Germany, Moore represented the Air Force in all-military ski competitions, where he won gold, silver and bronze medals. Although he enjoyed sports, he said the greatest skill he learned in the military was sheet metal work. It’s a skill that began to benefit the Port Clinton community when Moore was hired by the Tri-Motor Heritage Foundation to lead the restoration of the Ford Tri-Motor aircraft at the Liberty Aviation Museum.

“The Tri-Motor Heritage Foundation hired me to build the Ford Tri-Motor. I am responsible for building it and leading all volunteers to ensure they build it to aviation standards,” said Moore said “One of the highlights of my career was being able to ski the Alps in Europe and represent the Air Force and our base in races.”

In the summer of 1966, Dave Bishop found himself “with a diploma in one hand and a draft opinion in the other”. During the 1968 Tet Offensive, while enduring a military campaign of surprise attacks launched by the Viet Cong and their allies, Bishop worked with a supply division handling cargo shipments.

“On Tet night, I was on duty in an oil storage area. He was attacked, but he was repulsed. It was scary. I’m here with all these fuel tanks, not knowing what’s going on. I was there all night,” Bishop said. “In the morning, an unexploded mortar shell was found in a fuel tank. I was lucky it didn’t explode because it was full of kerosene.
“I have no animosity about what happened back then. It was war, and we did what we had to do. We have served our country.

John Heminger was initially stationed 25 miles from the International Date Line and 50 miles from Russian territory at the Tin City Air Force radar station in Alaska, where he worked as a cook. He joined the Army in 1977 under a National Guard program that allowed former enlisted soldiers to join for one year. Heminger re-enlisted, serving in the Toledo National Guard and remained there for two decades.

“I don’t know how to explain it, but something was missing in my life, so I recommitted myself. I finished with 20 years of active duty with the Guard,” he said. “From the beginning to the end of my service, there were two very different jobs. The highlight was the overall experience and the opportunities I had. It gave me the opportunity to travel and I took many flights to visit family and travel to England, Germany and the Virgin Islands. The job itself and the side benefits it offered made the experience very rewarding. »

In June 1952, Loren Nowak married, and just four months later he received draft notification. His entire service was spent in Virginia, where he worked in the OB-GYN clinic at Fort Lee Military Hospital. The hospital doubled as the Women’s Army Corp (WAC) training facility.

“I made appointments for WACs and dependents, and cleaned and organized supplies. One year my wife spent a week with me over Christmas and New Years. The following September we had our first child. She was born in Ft. Lee,” Nowak said. “That was definitely one of the highlights. I lost my wife just two weeks before our 64th birthday. I didn’t like being in the military then, but after I got out, I realized how good it was for me. I think it made me a better person, a better man.

Daryle Damschroder first served with the 107th Armored in the National Guard at the now closed Oak Harbor Armory, where he worked in the supply office. When the 107th was redesignated the 612th Engineer Battalion, it was transferred to Camp Perry and became part of the camp’s long and unique military service history. A call to active duty in July 1967 was spurred on by someone’s irrational and overactive imagination, he said.

“The 612th Engineer Battalion was responsible for Camp Perry. We managed maintenance, summer camps and national games. We have maintained and reworked the buildings extensively, most of which are long gone,” Damschroder said. “We were active for a short time because of the race riots in Detroit. Toledo police were alerted that a convoy was coming from Detroit, but it was just a black family heading to a meeting.