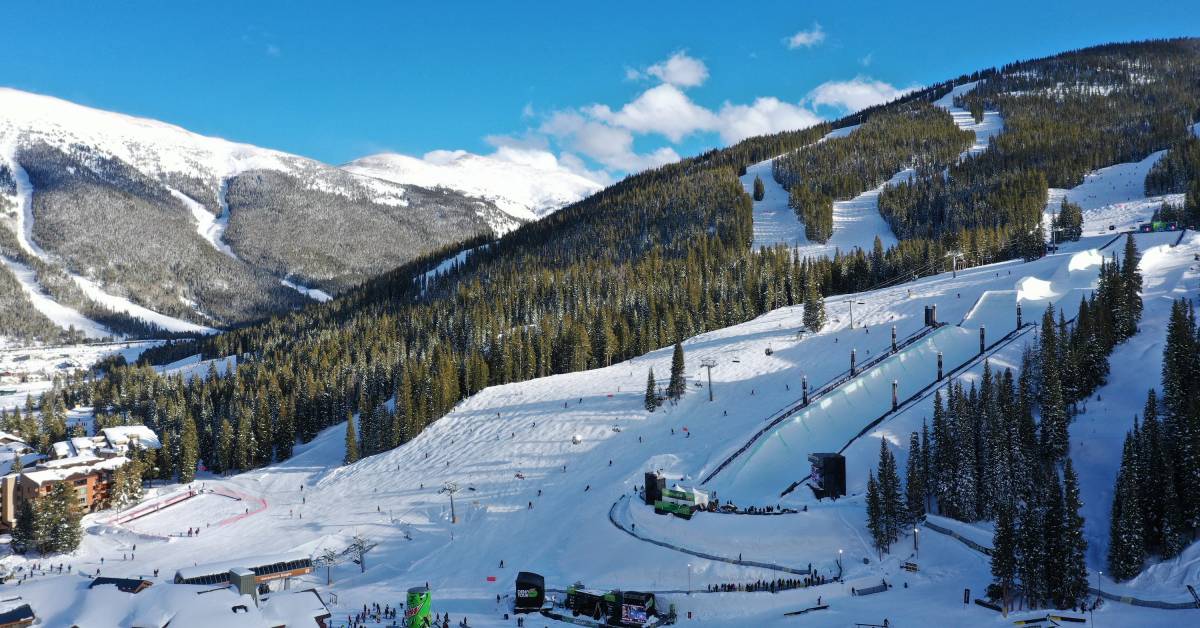 Professional skiers and snowboarders from around the world gather in Copper Mountain, Colorado, once again for the Dew Tour competition. And the stakes are high since this is an Olympic qualifying event.

We’ll have live coverage of the event over the next few days, so be sure to come back here for more news, updates and winning results.

Why Dew Tour is such a big deal

Additionally, many winter athletes are riding full steam ahead to the 2022 Beijing Winter Olympics.

This weekend, skiers and snowboarders will compete in slopestyle and pipe competitions at the Winter Dew Tour, one of the final Olympic qualifying events on American turf. (Dew Tour was also an Olympic qualification for freestyle skiing and snowboarding in 2014 and 2018.)

Needless to say, Dew Tour is where the action is. And if you’re not going in person, our live coverage is the place to be.

Many athletes participating in the Dew Tour compete for points to reach the FIS rankings, which counts towards their Olympic qualifications. Who will be on the podium at the Dew Tour? Which skiers and snowboarders will climb to the top? Stay tuned to find out.

The halfpipe competition has athletes competing inside Copper Mountain’s 22-foot superpipe. In the final, each athlete will get three races (scored on a 100-point system) to show off their talent. The best of their three runs determines their final ranking.

Here are the 10 male freeskiers who made it to the start list for the finals:

Here are the 10 male snowboarders who made it to the start list for the finals:

As expected, several athletes from Japan and the United States placed in the top 10. Although the big surprise was American snowboarder Danny Davis, who finished 12th, just before reaching the final.

Here are the eight freeskiers who made it to the starting list for the finals:

And here are the final winners:

Here are the eight riders who made it to the start list for the finals:

Similar to the male halfpipe, Japan absolutely dominated the female halfpipe board. However, US pros Maddie Maestro and Chloe Kim still have to be the favorites for the final.

Here’s how slopestyle works: Competitors will have three runs to show off their skills. They are scored on a points system out of 100. Here are the 10 male freeskiers who made it to the start list for the finals:

The men’s slopestyle ski finals saw a ton of talent, but the American athletes ended up dominating the podium. Moreso, the first two and second are from Park City, Utah: Alex Hall, 23, and Colby Stevenson, 24.

Similar to the men’s competition format, slopestyle skiers will compete in three runs, where they are scored on a 100-point scale and then ranked according to their best run.

This time at the Dew Tour, qualifying has been postponed, meaning the entire 16 freeskier peloton will face off in the three-round final.

The only event suitable for the Dew Tour, 16 male and 10 female athletes will compete on the adapted snowboard slalom course. They will be timed over two heats, and the faster of the two will count. The women will compete first, then the men.

We will update rankings and athlete results as quickly as possible throughout Dew Tour events. See the official Dew Tour results here.

The United States Grand Prix in January 2022 is the last challenge before athletes find out who (on the US ski and snowboard team) will be on the Olympic teams.

Discover the sublime sounds of the ASMR immersion splitboard

Descend with ASMR splitboard therapy into the short, sweet â€œSplit Soundâ€. Shot through the nipples and mixed with the audio knobs turned to 11, the video aims to appeal to multiple senses. Read moreâ€¦

We’ve tested the best midcoats from 2021-2022 with options for all budgets. Top picks include Patagonia, Smartwool, and more! Read moreâ€¦