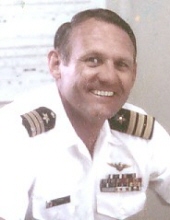 Commander Robert Marion Laske (Retired), 96, passed away peacefully at his home in Middletown, RI on May 28, 2022. Robert is survived by his beloved wife of 71 years, Shirley, and four children – Kimberly (Robert ) Springer, Lisa Laske (David Mendrek), Laura Montanaro and Kurt Laske. He leaves behind nine grandchildren: Elizabeth Springer, Allison (Aidan) Renaghan and Paul Springer; Mark (Maureen), Alexandra and Michael Mendrek-Laske; and Nicole, Jessica and Dale Montanaro. He was blessed with five great-grandchildren: Michael, Robert, Finnigan and Evelyn Mendrek-Laske, and Cormac Renaghan. He was a loving husband, father, grandfather and great-grandfather to his family.

Robert was born in Wrightstown, Wisconsin on January 5, 1926 to Theodore Laske and Loene Veitch Laske. He lived in Wisconsin until graduating from high school in 1944 at Plymouth, High School. He spent his summers working on his grandparents’ farm in Seymour, Wis., and at Kraft cheese suppliers. Like many young men during World War II, he joined the service. He served in the Army Air Corps until the end of the war.

After World War II, he returned to Wisconsin where he attended Ripon College. He graduated in June 1949, with a degree in chemistry.

In September 1949, Robert rejoined the service. This time he chose the Naval Air Corps, attending flight school in Pensacola, Florida, eventually earning Naval Aviation Gold Wings in April 1951. That same month he married the love of his life , Shirley Harrison of Waldo, Wis. Together they established married life as a military couple.

The Navy quickly gave them a variety of experiences. They spent time in Coronado, California and Whidbey Island, Washington. He was deployed to Kodiak in the Alaska Territory in 1951, as part of a squadron that patrolled the Soviet Union. In 1952, he attended the Naval Justice School in Newport, Rhode Island. After completing his courses at the Naval Justice School, he was sent to join a squadron that was deployed to Japan during the Korean War.

After his deployment to the Pacific, he was first assigned as a naval recruiter in Oklahoma and Texas, then to a post-graduate school in Monterey, California.

Bob and Shirley moved with two daughters, Kimberly and Lisa, to Port Lyautey in Morocco, where Bob flew with a squadron patrolling the Mediterranean Sea. He survived a plane crash in Morocco. After three years in North Africa, the family, now expanded with the births of Laura and Kurt, returned to the United States. Bob again spent time in Newport, attending the Naval Communications School. His next assignment was on the USS Forrestal, based in Norfolk, Va., as a communications officer.

In 1962, Bob was assigned to the Naval War College, first as a student and then as a member of the Naval Officer Continuing Education staff. While performing these duties at the War College, he earned a master’s degree in international relations from George Washington University.

In 1964 Bob was retired from the staff of the Naval War College for service at Saigon, Vietnam SOG, where he was a communications officer. While in Saigon, he survived a bombing of his hotel. He returned to the Naval War College in 1965 where he became editor of the Naval War College Review. Under his leadership, the Journal changed its policy to include civilian authors for articles on leadership, history, management, and other topics. Bob has partnered with academic institutions and scholars to explore topics of interest to naval officers and others. He continued in this position until his retirement from the Navy in September 1975. After several years of retirement, he joined the Naval War College Review in 1982, as a civilian employee, appointed editor from 1983 to 1985 and promoted to editor until the middle. -1988 when he retired.

Bob and Shirley decided to raise their children in Middletown, Rhode Island after living in many places with the Navy. They bought a house, enrolled their children in local schools, and took their kids camping, sailing, and skiing all over New England. He learned building construction skills as a homeowner, skills he used with his children and grandchildren in their homes for renovation and construction.

Robert enjoyed conversations with his family and his many friends. Some of his great responses to other people’s ideas were, “That’s an interesting idea.” “That’s a great question.” “Have you seen the (New York Times or Wall Street Journal) article on —.” “Here’s a book on – you might like.” Bob had a great sense of humor and made everyone feel comfortable.

In retirement, Robert and Shirley maintained active lives. They traveled together across the United States, Europe, the Middle East and South America. They were avid golfers. He has a one-hole-in-one shot record at Quit Qui Oc Golf Club in Elkhart Lake, WI. Robert served on the Board of Wanumetonomy Golf and Country Club in Middletown, RI for several years and as President for two years. The family members have shared many wonderful vacations and vacations together in Rhode Island, Florida and other states.

A memorial service for Commander Robert M Laske (retired) will be scheduled for a later date. Donations in Robert’s name can be made online at St Jude’s Children’s Hospital at https://www.stjude.org/donate/donate-to-st-jude.html or at St Lucy’s Parish, 909 West Main Road, Middletown, RI 02842.

Friends and family can share memories or stories with family by posting messages to O’Neill-Hayes Funeral Home https://www.oneillhayes.com/