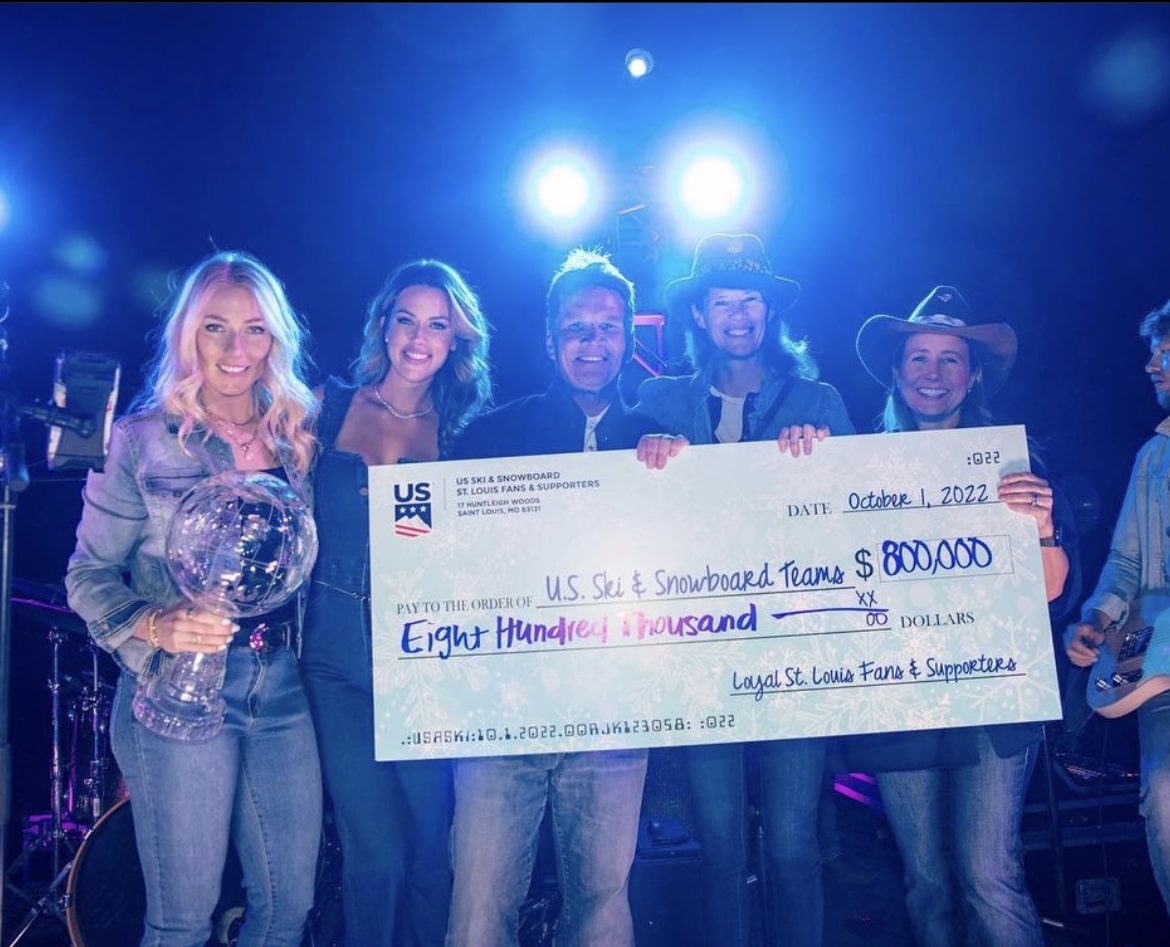 Last week was a big fundraiser in St. Louis, MO for the USA Ski and Snowboard Teams. The fundraiser is held annually in St. Louis and draws a crowd of several hundred donors, who raise valuable funds to support Team America’s winter sports athletes. This year’s event was the 6th ‘St. Louis Aprés Ski Party’ and had the theme “denim and ice”. A total of $800,000 was raised for the US Ski and Snowboard Teams.

Hosted by Stifel Financial Corporation CEO Ron Kruszewski, the St. Louis fundraiser is one of the annual fundraisers for the US ski and snowboard teams. Ron hosted the event at his home and had it styled like a ‘hoedown meet ice-princess’, complete with a ‘Mikaela’s Saloon’ where he and Mikaela Shiffrin hosted guests.

Mikaela Shiffrin is an alpine skier on the US Ski Team. The Edwards, CO resident has won 74 World Cup titles, two Olympic gold medals and four World Cup championships. Mikaela made her World Cup series debut at just 16 years old and this will be her 13th season on the World Cup circuit. She is one of the most successful alpine skiers of all time.

“St. Louis, you have outdone yourselves. Some of the best sports fans in the world and I am so happy to have reconnected with all of you before the official start of the season. On behalf of the entire USA Ski Team and snowboarding, we can’t thank you enough for your support, it’s thanks to all of you that we can do what we love.

The fundraiser took the form of a silent auction, with US Ski Team and Olympic paraphernalia being auctioned off, along with local art and other items. All funds raised will go to the USA Ski and Snowboard Teams. The United States has no federal funding for its Olympic athletes. Much of the funding therefore comes from corporate sponsorships and fundraising. The $800,000 raised will go a long way toward helping American athletes in the upcoming 22/23 World Cup season.