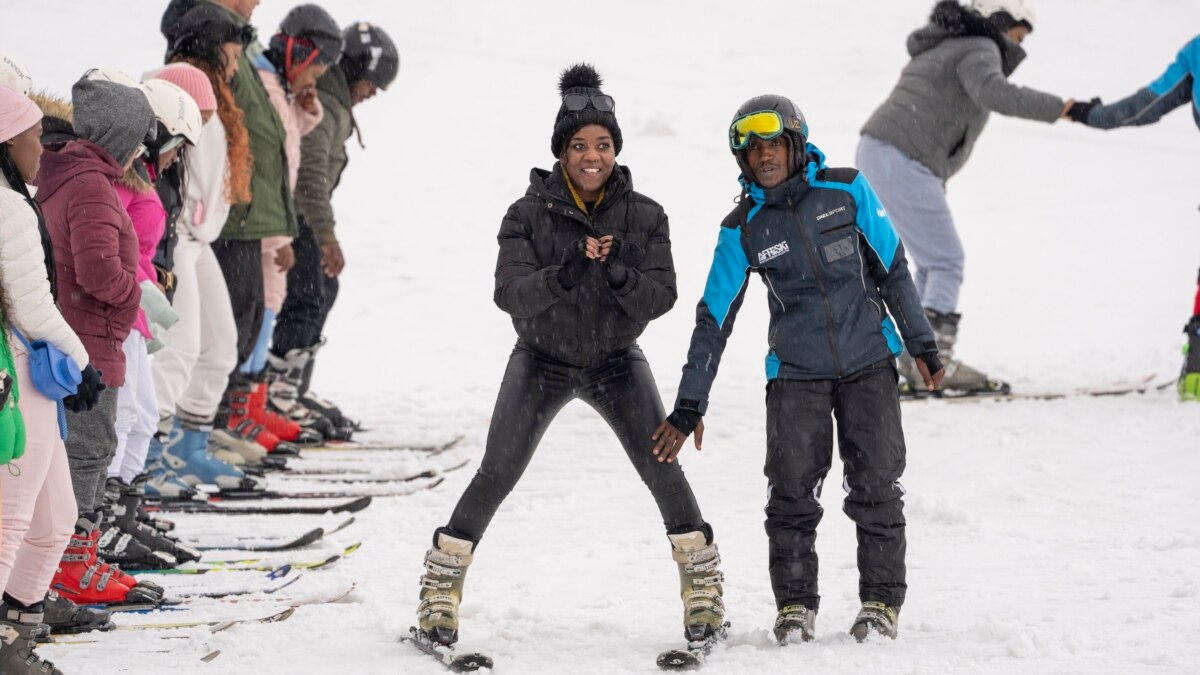 As millions of people across Europe sweat through a record-breaking hot summer, they’re skiing in Africa.

Do not worry. This is not another sign of climate change but rather the fascinating anomaly of Lesotho, a small mountainous kingdom completely surrounded by South Africa. Lesotho has an obscure geographical claim to fame: it is the only country on Earth where every inch of its territory is more than 1,000 meters (3,280 feet) above sea level.

This gives Lesotho snow during southern hemisphere winters. And while cold winters are not uncommon in Southern Africa, snow is and ski resorts are even rarer. At an altitude of 3,000 meters (9,842 feet), Afrski in Lesotho’s Maluti Mountains is Africa’s only operating ski resort south of the equator.

“I’ve never seen snow in my life,” said Kafi Mojapelo, who traveled the short distance from South Africa for a ski vacation she never thought she’d take. “So, it’s a great experience.”

Bafana Nadida, who hails from the sprawling urban township of Soweto in Johannesburg, was thrilled to put on ski boots for the first time. He planned a day of skiing lessons, taking photos and having fun in the snow.

Skiers and snowboarders lined up to rent the right equipment. Some received advice from Hope Ramokotjo, who is from Lesotho and worked as a self-taught ski and snowboard instructor for 12 years. Her broad smile and deep, reassuring voice put beginners at ease.

“Get your heels out. Don’t pull your shoulders,” Ramokotjo shouted to his class of eager but inexperienced African skiers as they wobbled on the snow. ” And There you go ! Pleasant!”

Afriski’s Kapoko Snow Park is the continent’s only freestyle snow park. Competitors lined up last month for the annual Winter Whip Slopestyle snowboard and ski competition. Sekholo Ramonotsi, a 13-year-old from the town of Butha-Buthe in Lesotho who practices regularly in Afriski, won the junior snowboard and ski divisions.

“I would really like to ski in Europe,” he said.

London-born Meka Lebohang Ejindu said he has been teaching skiing and snowboarding in Austria for more than a decade, and this is his first season in the southern hemisphere. He has family roots in Lesotho.

“For a competition like this to happen in Southern Africa, it’s so heartwarming,” he said.

Afriski may not be on par with Europe’s sprawling alpine resorts, but the love of winter sports is contagious.

At Afrisk’s Sky Restaurant and Gondola Cafe, happy hour starts at 10 a.m. and skiers and snowboarders show off their winter gear and party to house music, beers in hand. Some claim the bar is the highest in Africa, although this is disputed by the Sani Mountain Lodge, 130 kilometers (80 miles) to the east on the Lesotho-South African border.

What no one can dispute is that this crowd went skiing in Africa.