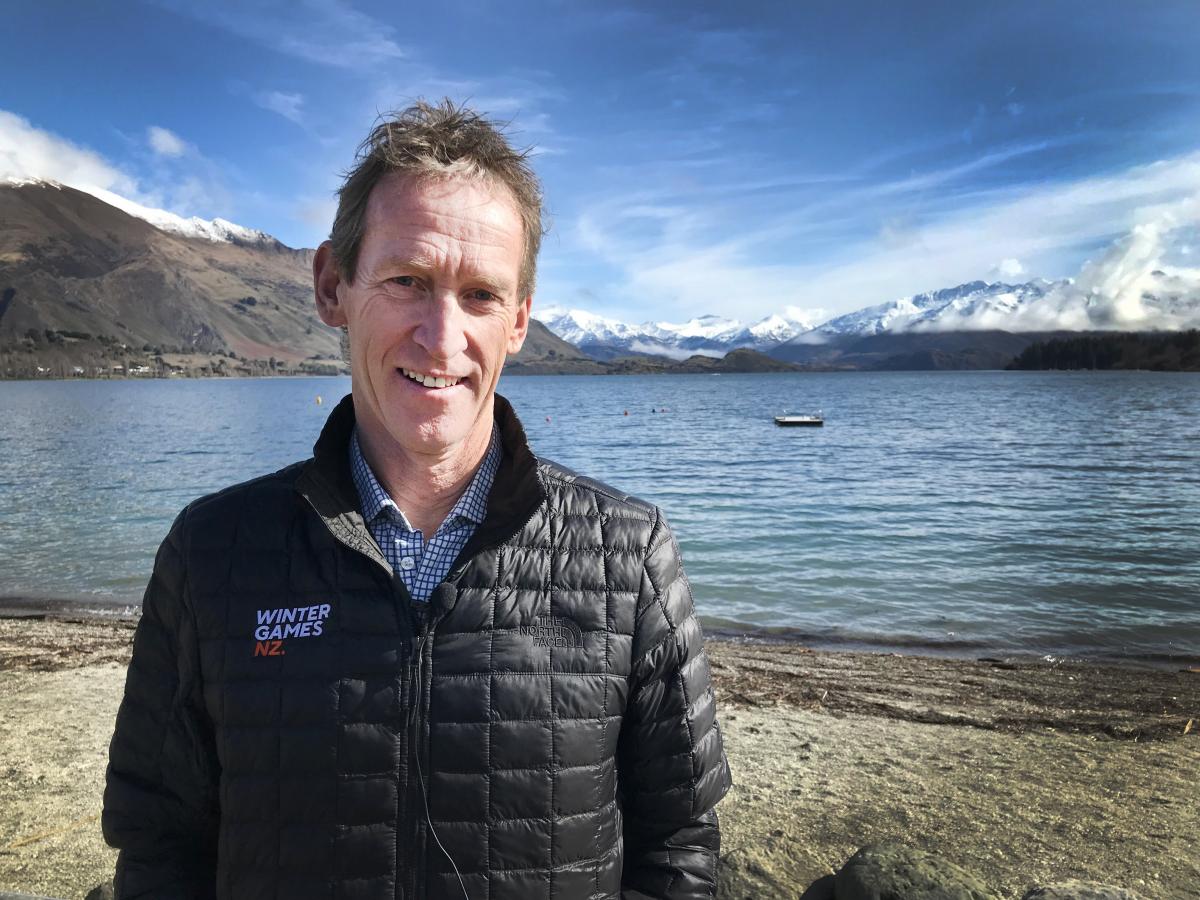 August 26, 2022 by Beatrice McDaniel
When Marty Toomey started a physical education degree at the University of Otago in 1982, he thought he would be a teacher.

Fast forward 40 years and the sports administrator is living the dream in Wanaka, helping to create a career path for high performance snow sports athletes.

Mr Toomey was appointed Managing Director of Winter Games NZ in 2018, after six years at the helm of Snow Sports NZ.

Earlier this year he was New Zealand’s chef de mission at the Beijing Winter Olympics, where New Zealand park and pipe athletes Zoi Sadowski-Synnott and Nico Porteous each won a gold medal. .

“I have been in top sport for a long time. I did not know that I intended to go down this path. I thought that I was going to become a teacher. But I decided not to and I did graduate school and then went to counseling,” he said.

Mr. Toomey began his career working at the Human Performance Center in Dunedin, carrying out fitness assessments of athletes ranging from All Blacks to shearers.

After a spell at Otago Rugby, he spent eight years as a physical trainer for the All Blacks.

“It was pretty cool. He was going through a transition from amateur to professional. It was quite a drastic change. They were talking about a rebel World Cup and all that kind of stuff.

“It’s been transformative for the players. They’ve gone from just playing full-time rugby,” he said.

The transition to snow sports has been a “long, long burn” by comparison, he said.

No New Zealander had won a gold medal at the Winter Olympics and he wanted to help change that.

High performance systems and a four-year development cycle were introduced and in 2018 New Zealand achieved their most successful Winter Olympic result to date, with Sadowski-Synnott and Porteous each winning a bronze medal in PyeongChang.

Mr Toomey felt his Snow Sports NZ job was done and went on to lead the Winter Games NZ event team through the next four year cycle.

The first year [2018] was “brilliant”, he said, not only for the Olympic bronze medals, but because Wanaka hosted the FIS World Junior Freeski and Snowboard Championships, “an incredible building block” for teenage athletes .

The New Zealand Winter Games also became an annual event in 2018, providing athletes and coaches with a program designed to reach great heights.

More than 700 athletes participated in the games in 2019.

At the time, it was considered the premier winter sports event in the southern hemisphere.

The games featured 26 events across multiple codes in a fortnight.

“We had two great years, 2018 and 2019. Then 2020 came and so did Covid. That meant we had to change things. We could only use national athletes because our borders were closed… and so we offered an innovative new team event we’ve called Obsidian.

“It’s something we’re going to build on in the years to come. We’ll have a [Obsidian] event and we’re really, really looking forward to delivering that in 2023,” he said.

After two years of absence, the Winter Games return on August 27, with 16 events and 430 athletes from 26 countries.

It’s smaller than 2019, not just because of Covid, but because it’s the start of a new four-year plan leading up to the 2026 Milano Cortina Winter Olympics.

The disciplines for the next 16 days include alpine skiing, halfpipe, slopestyle, freeride and a series of pedals.

The biggest competitions are two Continental Cup events in alpine skiing between Australia and New Zealand.

Cross-country skiing is not included this year due to a decision made in 2020, pre-Covid, that there were not enough cross-country athletes from New Zealand.

“That doesn’t mean we won’t see him again in the future.”

There is also no adaptive event this year.

An Adapted Alpine Skiing Continental Cup had been considered but Australian athletes were not available until September.

Next year, the FIS Junior World Championships will return to New Zealand.

Whatever happens over the next three weeks will be the first stop for many Kiwis chasing gold, and Mr Toomey is eager to watch them.

“I love seeing athletes perform at their best in any sport…

“Seeing this happen, providing the stage and seeing people perform on it is the ultimate reward for anyone attending events,” Mr. Toomey said.