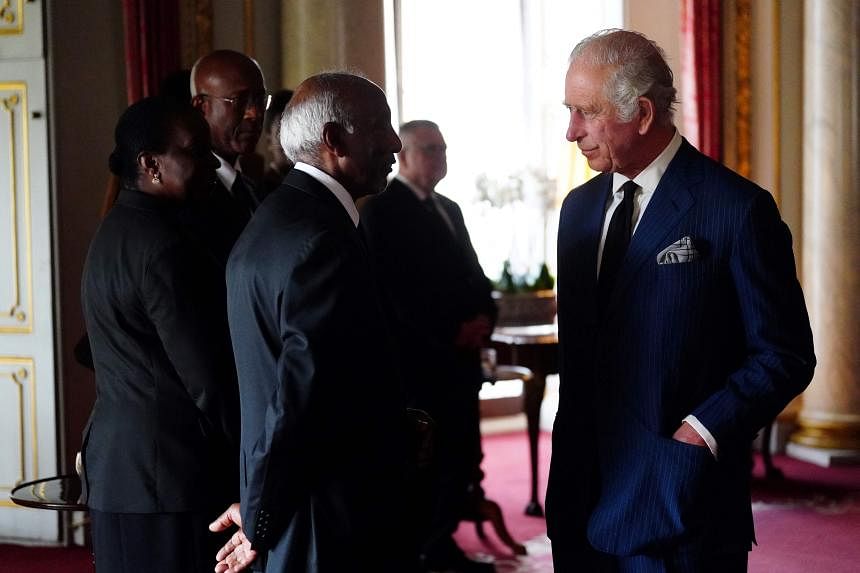 LONDON — King Charles III hosted his first reception on Sunday for representatives of the Commonwealth realms, the 14 former colonies over which he rules in addition to Britain — at least for now.

As republican movements gain traction from Australia to Antigua, one of the 73-year-old’s biggest challenges will be how to keep together the global family that his late mother, Queen Elizabeth II, loved so much. .

On his third full day as monarch, the King received Ms Patricia Scotland, Secretary-General of the 56-nation Commonwealth, at Buckingham Palace ahead of a reception with the kingdom’s high commissioners and their wives.

But while the effusive tributes to ‘Mama Queen’ – as she was known in Papua New Guinea – left no doubt of the widespread love for her mother, one wonders if King Charles can inspire the same devotion. .

Last year, the Caribbean island nation of Barbados became the latest nation to declare itself a republic, and more are heading in that direction.

A significant proportion of Australians want to become a republic, including Prime Minister Anthony Albanese, but for now his focus is on mourning the late Queen.

“The important thing is to commemorate the moment we are in right now,” he told Britain’s Sky News, ruling out a referendum in his first term.

Shortly after Charles was confirmed king of Antigua and Barbuda, Prime Minister Gaston Browne said he intended to hold a referendum on the republic “within the next three years”.

“It’s not an act of hostility or any difference between Antigua and Barbuda and the monarchy, but it’s the final step in closing that circle of independence,” he told ITV News. .

In Canada, Republicans are in the minority, but a poll last April found that 67% opposed King Charles succeeding his mother.

Calls for change are also growing in Jamaica, where Prime Minister Andrew Holness told King Charles’ son William in March that the nation was “moving forward” as an independent country.

Prince William’s Caribbean tour with his wife Kate has sparked protests and demands for the monarchy to apologize and pay reparations for its role in the slave trade.